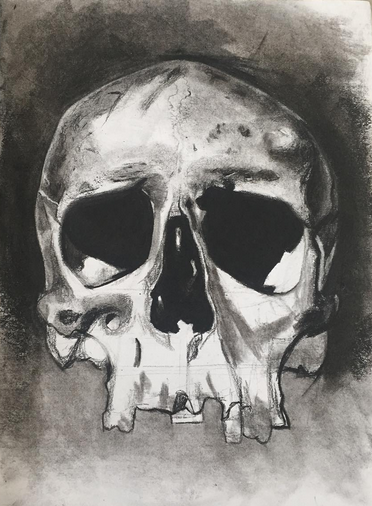 Have you ever been to a ghost ship? No, we aren’t talking about a cheesy rip-off of a Pirates of the Caribbean movie, we’re talking about the large-scale art exhibit that pops up this time of year in San Francisco! This fascinating project has evolved over the years, but it is and will be rooted in the love of art!

The Ghost Ship is an annual event that has been taking place since 2008. After the incident at the Castro Halloween in 2006, the city wanted to find an alternative to the large mass event. Though proposals were ultimately shelved by the city, wheels had already been put into motion. What came out is a gigantic Halloween art festival that would bring “an army” of artists and builders together to create the first “Ghost Ship”. According to the collaborators:

“Ghost Ship connects the Bay Area’s finest independent artists with a creative mission and a responsive audience. It is an example of how innovation is the hallmark of every community in the Bay Area, including the arts.”

The first Ghost Ship “appeared” in Treasure Island in Building 180, and it took over 100 artists less than a week create the art space out of recycled wood pallets. Once constructed, the space was filled with large-scale art. Without the advantages of social media, the event was promoted through word-of-mouth and was a huge success drawing in hundreds of visitors, many of whom had never before ventured to Treasure Island!

Over the past 8 years the event has morphed, grown and moved, now located at Pier 70 in San Francisco. But no matter what, the collaborators dedication to bringing art to the masses remains at the core of the celebration.

“The Ghost Ship team has proven that by working cooperatively with civic and commercial partners, San Francisco’s independent art community can create a world-class event that is 100% local. We have proven that the concept of ‘Halloween’ is not something to be feared, but rather something that brings out the most creative and inventive ideas. Halloween allows people, for one night, to dress, act and be whom they wish to be, and Ghost Ship gives them the perfect interactive backdrop for this adventure… Because we believe that the art comes first.”

This year, the theme for the bash is Atlantis, and the artisans have taken on the challenge of morphing the 3-story mezzanine at Pier 70, built for Super Bowl 50. The event is a little pricey, and only for those 21 and older, but if art is your game, you don’t want to miss out!

Have a young one who enjoys the dark and macabre? Then you’re in luck! Ghost Ship SF has a free-admission kids day on Saturday, October 29th from 12PM – 5PM. The whole family can enjoy the day and get a sneak peek at the art installations. Fun events for the day include:

Get more information on the admission-free kid’s day here: ghostshiphalloween.com

Art Attack is an art studio in Burlingame that provides instruction in the fine arts to children, teens and adults. Art Attack offers affordable painting classes year round to the residents of the San Francisco Bay Area. We have art classes for kids ages 5 and up with after school and weekend classes, as well as teen and adult art classes Monday through Saturday.

Looking for a place to have a fun and unique party? Art Attack Burlingame also has Arty Parties which are perfect for any occasion: birthdays, showers, girl’s night out and even office team building!