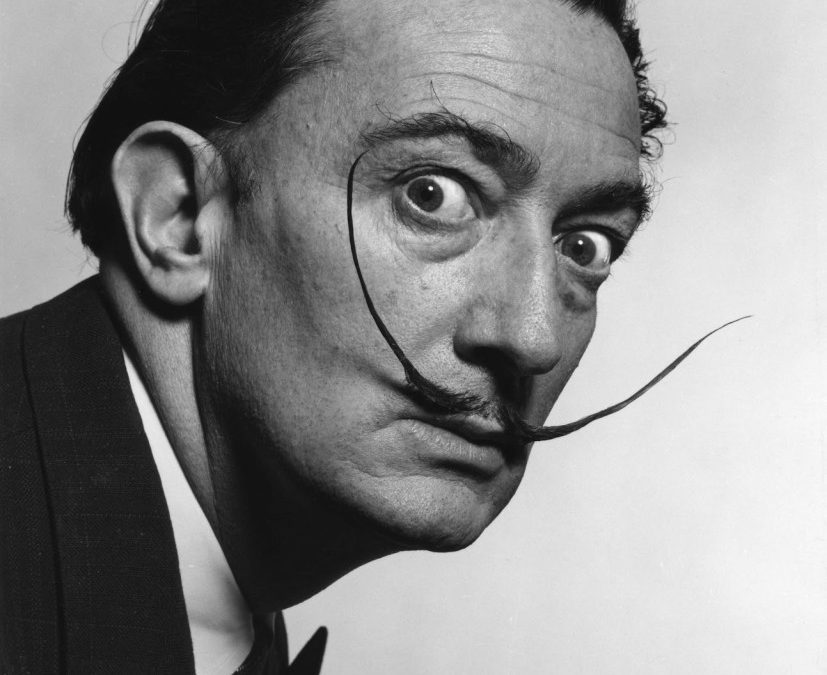 Welcome to Art Attack’s May Monthly article. Well they say April showers ring May Flowers, and that is definitely the case here in the Bay Area. While the rainy season seems to be behind us, now is the time to start enjoying the the great weather, green, and amazing outdoors the San Francisco Bay Area has to offer. This month we will feature Salvadore Dali born May 11th, 1904, his famous works of art and his life in a glimpse. We will take a special look at Week 2 and 3 from our Summer Camp program which will begin in late June and early July and finally feature a fun Bay Area Art event to check out this month.

Dali was born on May 11, 1904 in Figueres, Spain near the French border. He was a student at the San Fernando Academy of fine Arts in Madrid but had issues with being a rebel, encouraging other student to think outside the box, and he was expelled before graduating. Dali soon became one of the most well known, imaginative, and outgoing artists of the 20th century. His recognition rose to the top when he was featured in a solo show in Barcelona in 1925, in 1928 when his works were featured in the Carnegie International Expedition in 1928, and in 1929 when he had his first solo show in Paris. He is most well known for his painting “The Persistence of Memory” in 1931 after seeing cheese melting in the hot sun. It was that evening he dreamed of melting clocks and his masterpiece came to life. Known to work in many mediums, Dali perfected the use of oils, watercolors, drawings, graphics, sculptures, films and much more to captivate his audiences around the world. Over the many years, Dali continued to paint amazing works of art that left observers imagining and thinking outside the realm of classic art, and currently his works are featured in the MOMA in NY, the SF Museum, and many other famous museums across the world. In 2016 The Museum of Monterey underwent a major change becoming Dali17 — the new home of a private collection of more than 570 works of art by the Spanish surrealist Salvador Dali. For more information on his showcase visit their website here

Have you signed up for Summer Camp art classes yet?
Week 2 and 3 of summer art camp are a blast for kids. Week 2 Art Camp is Adventures at Sea, and what a perfect description. Our class sets out on a fun day long field trip by Ferry to Angel Island, where we learn the rich history of the island and set up our easels and start to paint right on site. Pack your brushes and gear and enjoy a fun day and week inspired by visions and adventures at Sea. Week 3 summer art camp is called “pass the dessert” and smells as good as it sounds. In this week long class we will take a fun day field trip to Burlingame and the many local dessert destinations it has to offer including Aida’s, Powells, Kara’s, Copenhagen Cakery, and we wrap it up with a fun picnic in Washington park to enjoy all of our goodies and have some group fun. Also on Friday, both of these summer camps feature an art show for friends and family to see the showcase of artwork from the week’s adventures. For more information on all of our summer camps or to book directly online, click here to see all our Summer Camps or give us a call directly at 650-652-0001.

The Maker Faire’s 12th Anniversary festival is May 19th – May 21st at the San Mateo Event Center on Saratoga Dr in San Mateo. The family friendly event features the most creative and resourceful people in arts and crafts, food, and science and technology, sure to have you and your family yearning to learn more. The hours for the event are Friday May 19th from 1PM-5PM, Saturday May 20th from 10AM – 7PM, and Sunday May 21st from 10AM – 6PM. For more information on the event or tickets, visit their website by clicking here.